Disinherit Your Child From Your Will? – by Allan 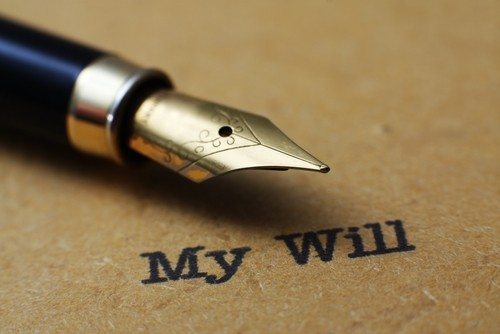 I was in the office last week when I got a call from Tom (not his real name) who was at our Sligo workshop last year. He had eventually got around to completing his Will with his solicitor but felt when signing it that there was something wrong.

I asked a number of questions and was absolutely shocked when I heard what the solicitor had professionally advised Tom and his wife to do.

The Will Tom signed would transfer all his assets upon his passing to his wife (vice versa). Nothing wrong with this. But its the next part of the advice that still upsets me today. His son with special needs who is in his late 20’s was disowned from the Will. His sister who is married and working is now the sole beneficiary of the family’s estate. When both parents pass away she will inherit everything, the family home, any savings, pensions and assets are all going to be her possessions. Her brother with special needs will not get a penny.

The solicitor logic is that because the brother will not inherit anything then he will maintain his disability allowance, medical card and any other means-tested payment. How anyone would think making someone poor and totally reliant on the state and the HSE as acting in the best interest of the brother is beyond me.

The only mention in the Will for the brother was that his sister would “look favourable on him”. This to me is not legally binding and too wishy-washy.

The second area was what happens to the brother if he ever falls out with his sister. In Tom’s Will, he has taken away his son’s power and financial independence.  His sister is under no legal obligation to do anything for her brother. I am sure she is a kind person and being brought up with a brother with a disability has a great love for him but why take the chance. The solicitor in my mind hasn’t really thought about the sister and what would happen if she falls on hard times. During the next recession she may run into financial difficulties like so many families did and the bank or some financial institution will come looking for their money. They will not be any discussion of her brother and debts will have to be paid back whether or not the money was ever going to be set aside for her brother.

I also enquired how strong her marriage was which Tom thought was a strange question. The reason I asked is that if she was ever to get a divorce then again what is going to happen with any money she inherited. Is the ex-husband going to separate his wife financial situation from her brothers? Highly unlikely.

I could have gone on but to be fair Tom knew the Will wasn’t suitable but just signed it anyway. It was not his fault but his son will live with the consequences. I believe the issue is with the advice he got from his solicitor. I suppose in all walks of life there are times we are totally reliant on the professional we hire and we assume they know better.

This is not the first I have heard this type of situation but I am very motivated for it to be the last time.

I need your help.

We are creating a list of solicitor all around Ireland that are wanting to help parents of children with special needs. If you know someone who deserves to get on this list then email me their name, surname, telephone number, address and company name. I intend to gather a database of solicitors that I can pass on to all parents of a child with special needs and STOP parents getting bad advice in this area.

There should be no person with additional needs disinherited from their parents Will and every one of these unique people should inherit more than their siblings NOT less.