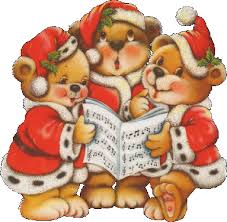 Let’s begin with the Christmas concert. Believe me, I’ve done this. David attended a main stream school, and he was the only child with a physical disability so I have a few short stories on what he did and what I would have done differently.

The first year he was a lamb and as David could crawl, the teacher sent two other lambs with him all crawling, fantastic. The second year he was a Shepard the teacher was outstanding on this occasion again, David came out with his walker and she gave walking sticks to the other two shepherds, outstanding.

Now let me tell you, David does not like being on stage, as his intellectually dis-ability kicks in, he can’t role play so he does not understand the concept.

Next, he was a Star (perfect, I thought, I’d been saying he was a star for years!!) he got completely fed up of the tinsel around his head and tore it off as he was saying his lines.

After that experience and a few more, a little too rude to state. I dreaded the Christmas concert for a lot of reasons and if one more parent said “sur God love us” as they looked at David, they may have been more drama off stage then on it !!!! Unfortunately, this was all that most parents ever got to see of David.

Let’s jump to the final year…..another wonderful teacher discovered a “carrot” for David it was a beautiful girl named Michelle, he realised that when Michelle was on stage David acted with “Oscar” abilities even if he was only polishing silver on a pirate ship. All David had to do was look at her and polish the silver. What was so funny was the fact that when she said her lines David thought she was talking to him and responded as he should (lines perfect).

If I had my time back again, I would have laughed more, not stressed, smiled at the other parents and said: “isn’t he a STAR”.