Bank Accounts for David by Dolores 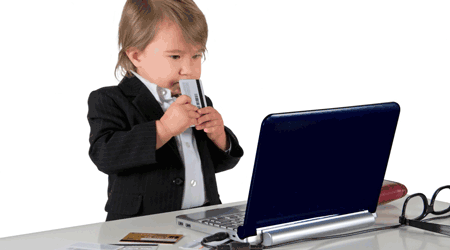 I often ask parents how they manage their child’s Disability Allowance. Some parents collect it weekly from the post office but most get it paid into a bank account. I used to get David’s weekly payment into his regular bank account before I ever knew there was a special needs account.

Let me tell you a story of why I cancelled his normal account and transferred everything to a special needs account.

A couple of years ago David lost his laser card and he was going bonkers. Not for a second did he think about the financial risk he was at now that his card was somewhere else but more so because he made a mistake and lost his card and David never makes a mistake and never loses anything.

At our workshops David loves to tell everyone of all the mistakes I made over the years, his favourite story is when I got caught talking on a mobile phone by a Garda about 10-years ago and before the Garda could lecture me David started giving out to me so loudly that the Garda just waived me away.

Anyway back to the laser card. So because David has lots of issues going on I thought it would be easier for me to ring the bank and get things sorted for him. Well how naive was I. After about 20-minutes on the phone trying to explain the situation to the young customer service girl from the bank I eventually had to give up as she would not take any instructions from me as the account was in David’s name

Being fed up I passed the phone over to David and the next 10-minutes was like a scene out of a sitcom. The girl kept asking David what his date of birth was and David kept telling her he was born on a Sunday! I had enough so I wasn’t going to intervene but I did have a little smile on my face.

Eventually, she asks David what was his issue with his card and when did he lose it. Of course, David replied that “HE HAS NOT LOST ANYTHING IN HIS LIFE AND WOULD NEVER LOSE ANYTHING!!!!!

The phone call soon ended after that with no solution.

To get this all sorted I had to wheel David into his local branch and almost whisper to the Bank Clerk what had happened and they eventually issued him with a new card and all was fine again. This is just one incident I had when trying to help David manage his money through his regular bank account. I could go on with many more stories.

I am delighted to hear in the office that AIB and now Bank of Ireland are putting in place better supports to stop all the frustration in helping a person with special needs manage their bank account. The latest news regarding Bank of Ireland is a great step in the right direction.